Reflections on the First Week at Emergence Baltimore

What are some of the key takeaways from the first seven days at the Emergence Baltimore founder house? 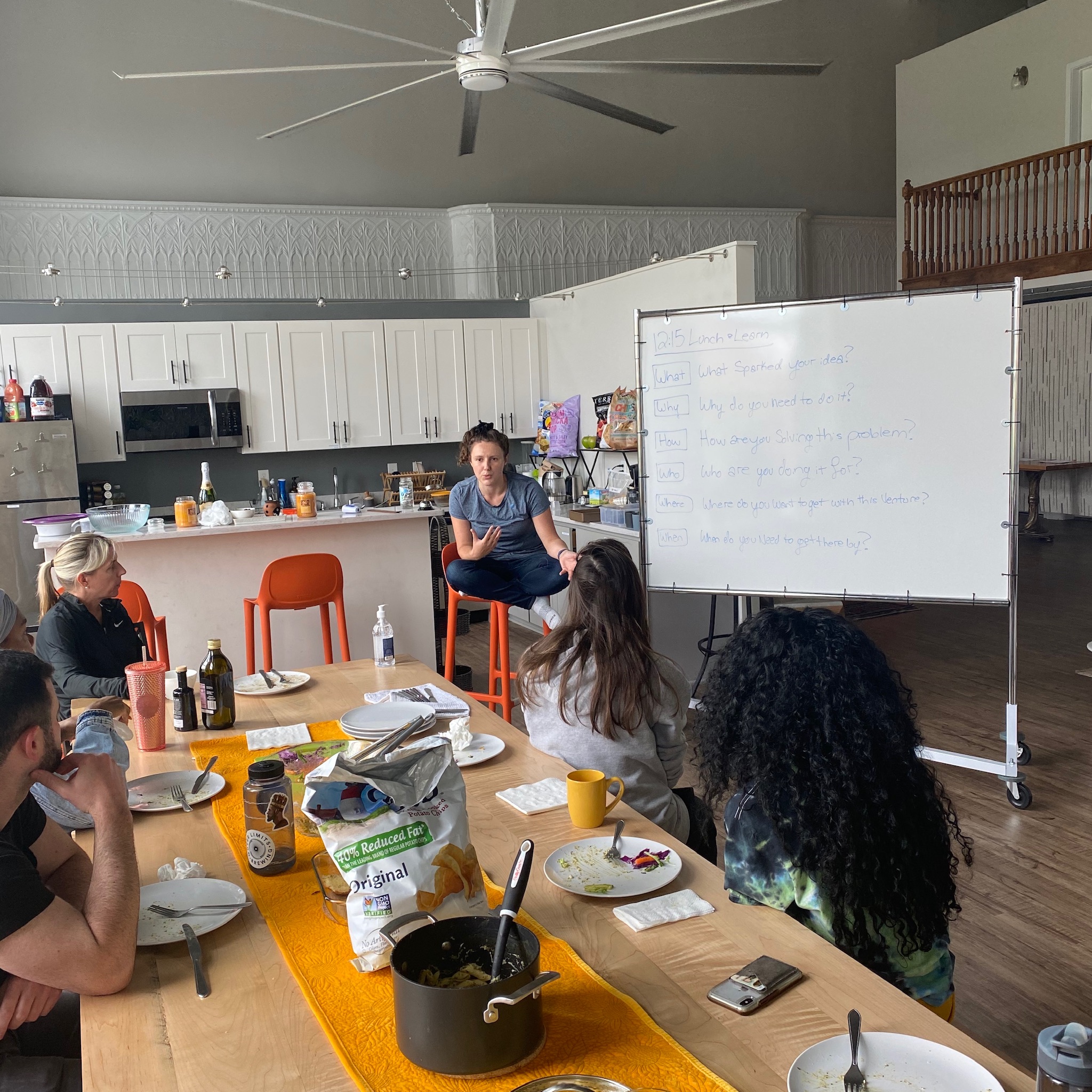 Just 6 weeks after the inception of this idea, five founders made their way to their new home at Emergence Baltimore (learn more about our founders here).

The inaugural cohort arrived staggered throughout that Tuesday afternoon, not unlike freshmen moving into a college dorm for the first time. However this "dorm" - and the underlying educational entrepreneurial experience - was uncharted territory. There was a palpable blend of adventure, excitement, and uncertainty in the air as our founders shuffled in and began to make themselves at home.

How did this whole crazy endeavor take shape over the past 45 days? That's a blog post for another time.

For now, I want to reflect on just four of the lessons learned from our team during the first week of turning a house full of strangers into a community during COVID.

You have one chance to set the tone for community.

As the cliché goes, you don't get a second chance at a first impression. On the Saturday before move-in, our team led a virtual onboarding session which overviewed critical components of the program - education, coaching, wellness, and the community - while also allowing each member to have a brief 1:1 chat with one another to break the ice.

Additionally, each founder and Emergence Baltimore team member filled out a Community Hub Airtable survey (boy do we love Airtable here) which was then made public to one another ahead of arrival. So by the time they each met each other in person, they already had a sense of their fellow cohort's favorite hobbies, skills, and home-cooked meals.

The first night was magical. We all gathered around the dining room table for the largest meal we've each had in over half a year. There's something so refreshing about sharing a meal and conversation with relative strangers in this day and age - it almost felt like a relic of the "before times". One founder even wondered aloud when this type of dinner would be actually possible again outside of Emergence Baltimore.

Finally, we brought it home with an evening of libations and conversation on our Emergence patio. Never a fan of lame icebreakers, we wanted to use this opportunity to get to know each other in a meaningful way. So we had one simple prompt for everyone to follow on that patio:

Now five minutes is a funny unit of time. It can feel like forever or be gone in a flash, depending on how you spend it. But each participant used those five minutes to dive into their authentic selves, giving backstory and details that would never be shared in a standard 15 second intro. Those nervous about filling that time often went over - and who were we to stop them?

Focus on wellness each and every day.

Emergence Baltimore was designed with our founders' wellness in mind.

Two of our live-in mentors - Ali Rachidi and Les Gray - are certified personal trainers and yoga instructors (respectively). Les kicked off our first morning together with a Rise 'N Shine  intro yoga class which put the cohort in the right state of mind to tackle the day ahead. And Ali followed that up with a Wellness 101 session on Thursday morning which explored best practice on setting up and following a healthy fitness routine.

Finally, I (Kevin) brought us home on Friday morning with a meditation session. Unlike my esteemed colleagues, I am not certified to lead anything related to wellness. But I do have the Headspace app and access to our space's Bluetooth speaker system. So Andy Puddicombe's soothing British drawl started off our day with a meditative focus on prioritization.

Embedding wellness into Emergence's core was important to our team, not just because we have qualified members to teach & lead, but because we viewed it as a necessary balance for our founders as they embark on an arduous three-month journey. Too many entrepreneurs sacrifice their health in the name of their venture's progress. Our team firmly believes that trade-off is neither desirable nor necessary.

Is there anything better than mealtime in the Emergence founder house?

One of the promises we made to our founders is that we would serve them at least one family-style meal per day. While we were at first overwhelmed by the scope of what we had promised, it quickly turned into one of the most anticipated parts of the day.

Our inaugural feast consisted of honey-baked ham, Cajun-seasoned brussels sprouts, gravy-laden mashed potatoes and some local beers/ciders/wines to wash it all down. Also did you know you can put a balsamic glaze (not dressing) on vanilla ice cream for one of the most delectable desserts you've ever tasted? You do now!

No matter what is on our plate, the best part of mealtime has been the people around the table.

Speaking for myself, I have spent way too many meals in these last 6 months either in front of a screen or surrounded by silence. To be able to share a meal and a conversation around a dinner table is a modern-day luxury that the entire household has come to enjoy.

Seek out the uncomfortable feedback, early and often.

With six weeks to set this entire plan into motion, our team had to make a lot of assumptions, big and small.

Our team tried our best to research best practice and design this program empathetically with the founders' preference in mind. And I think we did a pretty good job. But we quickly realized that there are certain things that are nearly impossible to predict without hearing directly from the people you're aiming to serve. So that brings me to the final lesson to share for now: embrace the critical feedback from your users.

Any entrepreneur will tell you that the key to finding product/market fit is building something that your target user actually wants. So when we were told night one was too early to set up community norms & chores - we shifted it to later in the week. When one of our founders told us that she'd prefer to have a dedicated space instead of moving her stuff back and forth to her room each day - we made that change. And when our cohort collectively decided that our initial fridge layout made no sense - we said "have at it" and let them lead the re-design.

The key here is approaching feedback with empathy and humility. It can be tough sometimes to hear that your best laid plans don't make sense from the very people you want to serve. But as long as our team is seeking feedback with an eye towards improving the lived experience of our founders, it's a necessary component to make that happen.

We're one week into our entrepreneurial journey at Emergence Baltimore and have twelve more to go. We've booked some huge wins and have taken a few L's. But to paraphrase the ever-quotable Nelson Mandela - you either win or you learn. And the main thing our team has learned through week one of this wild ride is that it IS possible to build a strong entrepreneurial community during COVID.